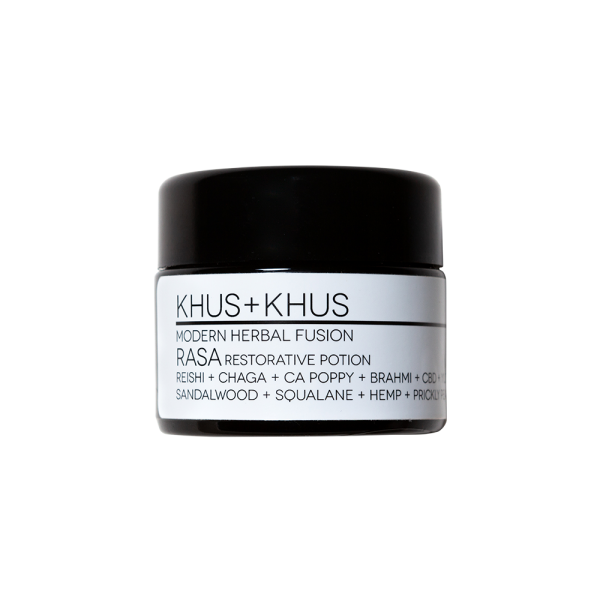 This gentle tonic for the nervous system combines the power of adaptogenic plants as well as well known Ayurvedic and Western nervine herbs. This modern herbal fusion produces an overall balancing effect on the nervous system and assists in establishing the balance of immune function through numerous botanical compounds.

Know all
Know all
Note to Self: We share half of our DNA with mushrooms. This formula combines the immense power... more
Close menu

Note to Self: We share half of our DNA with mushrooms. This formula combines the immense power of adaptogenic plants as well as well known Ayurvedic and Western nervine herbs to produce an overall balancing effect on the nervous system, assisting in establishing the balance of immune function through numerous botanical compounds.  A gentle tonic for the nervous system.

REISHI MUSHROOM: Known as Shaman’s mushroom, spirit mushroom and mushroom of divinity. The name Reishi translates to “Divine mushroom” this is an herb that calms the spirit and mind, enhancing our adaptive response to stressors. High in antioxidant protection making it effective in slowing the aging process, a potent anti-inflammatory, and high in beta-glucans which stimulate the activity of macrophages which ingest and demolish invading pathogens.

CHAGA: Antioxidants keep free radicals in check. Chaga mushroom has a huge amount of antioxidants with an ORAC value of 146,000, which is massive in terms of antioxidant protection. High in melanin a natural antioxidant, and potent anti-inflammatory allowing for proper cellular regeneration, essential for the maintenance of aging at our best.

CALIFORNIA POPPY: Well known for its calming and relaxing qualities, has a cooling effect on the skin and is considered a restorative for the nervous system.

BRAHMI: Highly regarded Ayurvedic herb dating back to traditional Ayurvedic medicine since the sixth century A.D. Best known as a nervine tonic, which is helpful in the maintenance of the body and mind.

ENDOCANNABINOID HEMP EXTRACT: Formulated with 50mg/30ml – 150mg/100ml – 250mg/200ml. A prolific species containing a broad range of chemical compounds. High in antioxidants and adaptogenic capacity. Having profound impacts on our nervous system and inflammatory actions, this creates a positive effect on the aging process by stabilizing metabolic function.

SQUALANE OLIVE DERIVED: Cruelty-free of course! Exceptional hydrating power in this oil, non-comedogenic absorbs beautifully into the skin.  Squalane oil has been known to boost blood circulation, which promotes the formation of collagen.